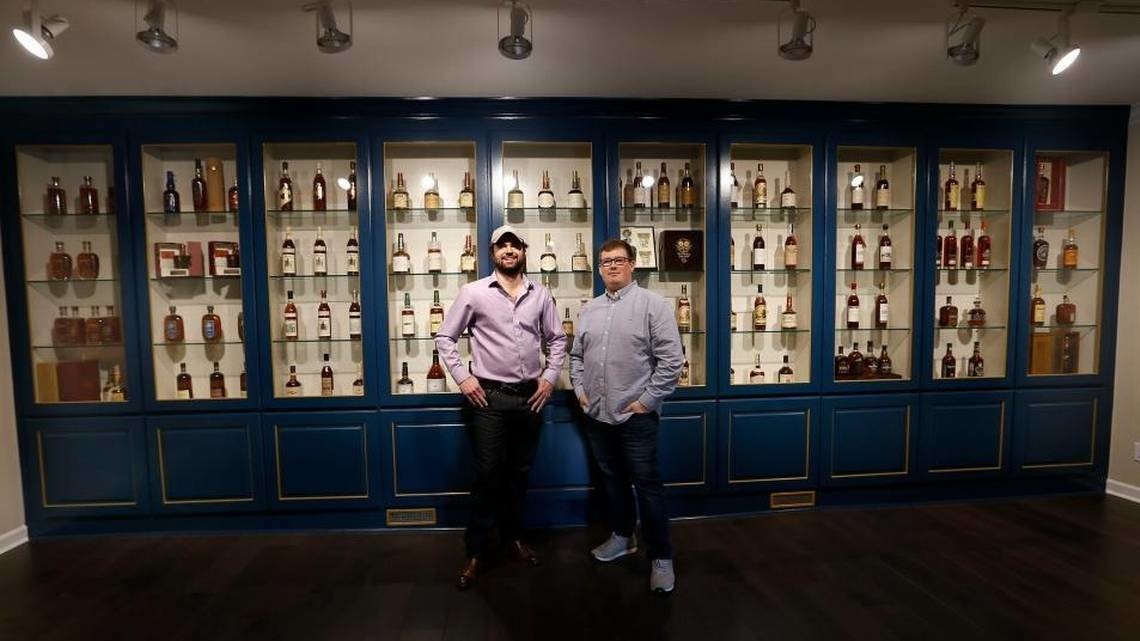 It was bourbon that led to the friendship of Justins’ House of Bourbon owners, Justin Sloan and Justin Thompson, and after a change in a Kentucky law that bourbon friendship blossomed into a growing bourbon business.

Justin Sloan and Justin Thompson started collecting bourbon well over 10 years ago. Justin Thompson, along with his brother and a couple of his fraternity brothers, started the bourbon magazine The Bourbon Review in 2008. It was then that he began building his bourbon collection and learning the ins and outs of the industry. He continued a career in the bourbon when he helped open a bourbon bar, Belle’s Cocktail House, in downtown Lexington in 2015 and is currently a co-owner. Meanwhile, Justin Sloan was amassing a very impressive bourbon collection of his own and was curating rare and remarkable collections for several private clients.